Mosaic is the African American history museum for Arkansas. Participants toured the exhibit “Finding Freedom in the Forest: Opportunities and Challenges for African Americans in the Timber Industry.” The exhibit profiles Blacks in the timber industry, includes a diorama of Crossett’s history in logging, and showcases the skills African American lumber men used in World War I in Europe. Other permanent exhibits viewed include Black life in Arkansas, showcases of Blacks in politics, and women entrepreneurs.

Later in the day the group walked the footsteps of the Little Rock Nine. The nine Black students aged 15-17 desegregated Central High and set Arkansas on a path of ensuring a quality education is available to all children regardless of race.

Christian Davis, Clinton Birthplace ranger, was the lead organizer for the tour. 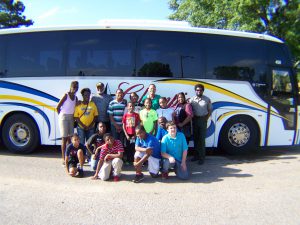 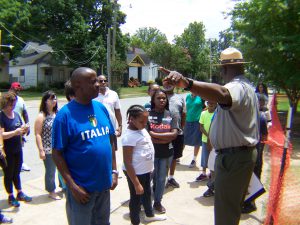 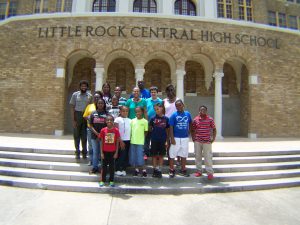 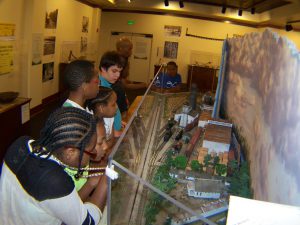