The Hempstead County Sheriff’s Office will be participating in speed enforcement Mobilization for Hempstead County, Arkansas under the tagline: “Obey the Sign or Pay the Fine.”  From July 12, 2021-July 18, 2021. The intensified enforcement effort against speeding drivers underscores the severity of the problem, both locally and across the nation.

“Speeding translates to death on our roadways. It greatly reduces a driver’s ability to steer safely around another vehicle, a hazardous object, or an unexpected curve. Speeding drivers put themselves, their passengers and other drivers at tremendous risk,” said Sgt. Michael Braddock

In 2015, speeding was a contributing factor in 27 percent of all fatal crashes in the U.S. and more than 9,500 lives were lost in such crashes, according to the latest data available from the U.S. Department of Transportation’s National Highway Traffic Safety Administration (NHTSA).

During the “Obey the Sign or Pay the Fine” blitz, deputies will intensify enforcement of posted speed limits in Hempstead County, Arkansas. 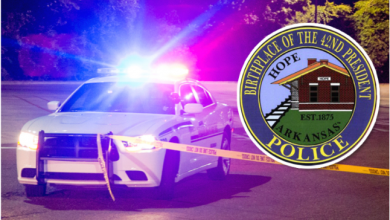