By Rick Kennedy, managing editor
In a strange paradox of county finances and events, the Hempstead County Quorum Court will once again consider $500 “Christmas Bonus” payments to all of its employees, including non-Justice elected officials, which will cost the county thousands of dollars against the backdrop of needing thousands of dollars to restore a voting site in Old Washington.
Such was the bizarre scene at Thursday night’s Quorum Court meeting, which alternatively saw an impassioned appeal by Old Washington Mayor Paul Henley along with approximately 30 citizens to reconsider a recent decision to shut down the Old Washington voting site contrasted with Justice David Clayton pushing forward with the bonuses as to not inconvenience county employees holiday shopping.
With Hempstead County employing approximately 135 full-persons, the annual “Christmas bonuses” to be considered by the Justices in November is estimated to cost taxpayers approximately $67,000.
At the same time, money, or lack thereof, was cited as one of three reasons the Old Washington voting site was closed as Election Commissioner Richard Wade explained to both Henley and the rest of gallery.
“I agree 200-percent on the importance of a voting site in Old Washington in Hempstead County. Last year, we were given a list by the ADA and the location in Old Washington was on that list as not handicap assessable. In fact, most of what we closed was because they were not handicap assessable,” Wade said.
Wade continued saying to Henley, “So you need to find someplace that has proper parking, markings, and ramps, and that is one big issue.”
“The other issue was that with the new voting equipment, it was very expensive, and the county did not have the money to man 15 locations, so we reduced it to nine universal vote centers, where you can vote anywhere in Hempstead County,” he said.
“It was a logistics thing; we wanted to keep Old Washington open and close somebody outlying from it. But when we got into the logistics of Saratoga — by state law we have to have a polling site for the Mineral Springs School District — so we couldn’t close it; we had to keep it open,” Wade said.
Wade also cited other complications with other possible cites.
“Don’t think we took this lightly or that it was an easy decision,” he said, “but we also didn’t have enough workers at that station. In May, we had two people working, one of which wasn’t certified, but we needed a warm body there.”
Henley responded to Wade saying, “This is the first we’ve heard that. We could have stepped in; we could have done something if we knew it was an issue.”
Wade admitted that the Hempstead County Election Commission technically broke state law allowing voting at Old Washington last May as they didn’t have enough workers for the site.
Wade did say that the issue could be resolved if a handicap site could be identified, if the county purchased the needed equipment, and if qualified pool workers for Old Washington could be trained.
Henley said he would work on meeting the needed criteria as outlined by Wade.
While Henley was on the agenda, the “Christmas Bonus” brought up by Clayton was not, and after Clayton clearly stated that the money was not intended for the Justices themselves, the Quorum Court agreed that the “Bonus Ordinance” would be ready for the November meeting.
The November meeting, itself, will be moved up a week to November 15, due to the Thanksgiving Day holiday the following week.
In other Quorum Court business on Thursday:
• The Justices approved an ordinance setting the local fire districts, all outside the city of Hope. Steve Smith, who spoke on the subject, said some of the fire district lines were changed for insurance purposes. Smith said many Hempstead County residents should see improved insurance ratings.
• The Justices approved an ordinance for a Sheriff’s Department grant for approximately $2,700 for software to track sex offenders.
• The Justices also approved a transfer and appropriation ordinance for approximately $20,500 for the purpose of roof repair and replacement at Circuit Judge Randy Wright’s office. 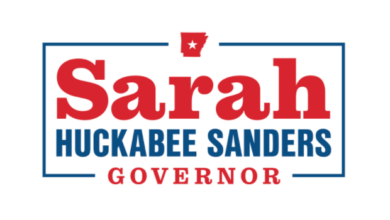