In the questions round of the Miss High Lifter pageant, Chandler Taylor was asked what was the best product High Lifter makes. She quickly showed she has the history of the company at her fingertips:

“I’m so glad you asked that,” she said, and then told of how High Lifter began in 1996 when Scott Smith and his father Mike worked to raise the ground clearance of a Honda 400 Foreman ATV, eventually deciding on a bolt-based suspension design.

“We wouldn’t be here today living out their backyard dream if it wasn’t for that [design]. So that’s probably the best product,” Taylor concluded.

Taylor’s research paid off handsomely when a few minutes later she was announced as the pageant winner.  Confetti cans on either side of the stage went off, showering Taylor in pink and blue.

She received her Miss High Lifter 2022 tiara from her predecessor, Baylee Day.

She posed with her runners up, Mekenzie Clift second and Morgan Humbard first, and a $1,500 check, which should come in handy for the second-year nursing student at Henderson State. Clift is an agricultural educator. Humbard touted her membership in Rowdy Intentions, an ATV/UTV riding group.

After the pageant, Taylor described what she would bring to her new job of promoting the High Lifter brand, “With my being young, I think I can reach out to the younger generation who maybe don’t even know if they want to be in the power sport industry right now, bring them closer into it and keep the legacy of High Lifter going.”

The pageant, that took place Thursday night on the Blackwood Lumber Stage, included ten semifinalists who were introduced one by one and then participated in a questions round. As Taylor was introduced to the audience and the celebrity judges, the host DJ Mean from St. Louis said Taylor loves ATV and UTV riding and would use no other brand’s suspension than High Lifter. “She says the muddier she is, the better.” DJ Mean listed her hobbies as pistol shooting and deer hunting. “She feels her mud community is family, related by mud, not by blood.” Mean said.

Taylor told me her plans after the pageant were to confer with her family, “because I was so stressed, and then go ride.”

At 9:00 p.m. sharp Hope native and Nashville transplant Mae Estes performed a series of originals and covers that warmed away the increasing chill of the night. Her crack band included Dustin Benson, acoustic guitarist; Josh Matheny, dobro; Matt Unger, bass and Caleb Gilbreath, drums.  Matheny was featured in nearly every song as a soloist, singeing every song with Delta blues fire.

Throughout the set, Estes’ voice, which struck me as a more muscular-sounding Dolly Parton, was unflagging through songs that called for tenderness sometimes and feminine bravado often. She sang through most of her songbook, including her new single set for a May release, “Thinkin’ Bout Cheatin.’” Among the covers, Keith Whitley’s “Miami, My Amy,” Randy Travis’ “If I Didn’t Have You,” The Judds’ “Turn It Loose,” and, ending the evening with a tour de force, Jesse J’s “Bang Bang.”

“This Town Left Me” was especially of interest as Estes’ comment on being from a rapidly changing town. She told me afterward that her Hope roots figure prominently in her songwriting. She also cited Hope teachers Janet Bannister, Jill Self and Kim McMullan, whose influence she called “massive in making me believe I could take on the world.”

Before her “Bang Bang” finale, Mae Estes said she was “somewhere between Vince Gill and Nikki Minaj.” Her performance left no need for convincing.

The High Lifter 2022 Mud Nationals will be continuing at Hillarosa ATV Park, with competitions, concerts and vendor displays, until late Saturday. 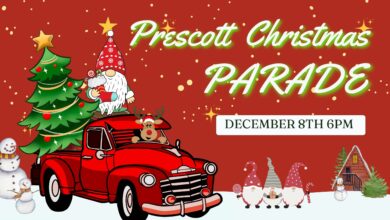