One suspect has been arrested and Sheriff’s deputies are searching for another suspected of being involved in a rash of residential burglaries that took place September through November in the Washington and Saratoga areas.

During the investigation, Hempstead County Sheriff’s Office investigators developed information that Savannah Richardson, age 37, and Ryan Leslie, age unknown, of Saratoga were suspects in the burglaries.

Investigators obtained a warrant for the suspects and located Richardson in the area of Saratoga Landing. Investigators arrested Savannah Richardson and went to her residence in the Saratoga area and located several items of drug paraphernalia, as well as suspected methamphetamine and marijuana.

Richardson was transported to the Hempstead County Detention Center for several charges including possession of a controlled substance with purpose to deliver, possession of drug paraphernalia, theft of property and several residential burglaries.

Prior to the deputies’ arrival, Ryan Leslie fled on foot from his residence. A search was conducted in the area for Leslie but, due to the storms, the search was called off. Ryan Leslie has an active warrant for his arrest.

Anyone with information as to the whereabouts of Ryan Leslie should contact the Hempstead County Sheriff’s Office @ 870-777-6727. 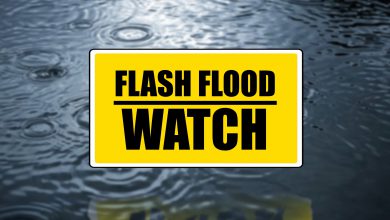 Flood watch in Hempstead, other Southwest Arkansas counties remains in effect until 9:00 p.m.