ARKADELPHIA, Ark.—Ouachita Baptist University students Cole Alexander and Rylie Slone were recognized with “Best Delegate” awards for their representation at the 60th annual Midwest Model United Nations Conference, which was held in St. Louis, Mo., Feb. 19-22. Alexander and Slone, along with Ouachita’s other four delegates in attendance, represented Italy in this Model U.N. simulation, which assembled hundreds of student delegates from approximately 40 colleges and universities.

Additionally, Ouachita’s Spencer Worth, a junior political science major from Cabot, Ark., received one of six “Honorable Mention” awards among 50 delegates for his representation in the General Assembly.

“This was perhaps the best delegation that I have had in my 23 years of taking students to the Midwest Model United Nations,” said Dr. Kevin Brennan, Ouachita professor of political science. “All six of Ouachita’s student delegates performed very well.”

“The Model U.N. experience is very hectic, yet invigorating,” Alexander said. “My favorite part of the week was getting to meet new people – some from the other side of the world.

“It always feels great to be recognized after putting in so much hard work in the class,” he continued. “Dr. Brennan does a great job preparing our delegates to perform even in the midst of schools whose Model U.N. delegations are the main focus of their extracurricular activities.”

For Slone, who was attending Model U.N. for the first time, “it was really special to win a couple of awards,” she said, adding, “to be recognized among the masses was very humbling.”

“I definitely learned a lot more about diplomacy, and specifically how consensus and compromise really shapes the way our world cooperates in harmony,” Slone said. “The experience was very rewarding. I learned a lot as to what diplomacy looks like in practice.”

Midwest Model U.N. is an all-college simulation which provides students with the opportunity to practice politics and other skills through the role of acting as a diplomat. At Ouachita, students enroll in a three-hour course in order to learn how the United Nations functions and about the country they will represent, focusing specifically on both the country’s foreign policies and domestic politics. Each student delegate then serves on a different committee when they attend the simulation to discuss different topics and advocates for policies to include in resolutions that would accurately support their country’s interests.

“This is what is now known as active learning,” Brennan said. “It is another method of education in addition to traditional ways of learning. It teaches the skills of other kinds of government officials, such as legislators. Students learn deal-making and public speaking skills used in business, law and other fields, as well. Thus, it is not just for students who like politics.”

“The impact of this experience, personally, is primarily opening my eyes to the varied perspectives and interests of the different countries around the world,” Alexander said. “I feel that Model U.N. works to educate participants about countries outside the U.S. Delegates must open the horizons of their worldviews to accept differing perspectives, forcing delegates to represent some perspectives that may be the antithesis of what they might personally agree with.” 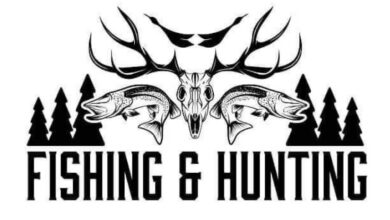 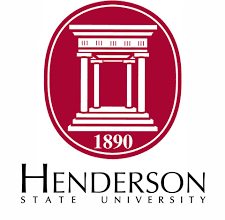