On June 7, 2020, at approximately 2:10am, officers of the Hope Police Department responded to the 1400 block of Hickory Street in reference to multiple shots fired.

Officers arrived in the area and found a large group of people and two individuals who had sustained gunshot wounds.  Officers secured the location and assisted the two gunshot victims until Pafford EMS arrived.  Five additional victims were transported by personal vehicles to Wadley Regional Hospital in Hope and hospitals in Texarkana. The victims were all between 15 and 21 years of age.

Witnesses stated that there was a large gathering of people in the 1400 block of Hickory Street when three unknown black males began shooting into the crowd.  The suspects were last seen getting into a newer black vehicle, possibly a Grand Marquis, at the intersection of Edgewood and Hickory Street, in Hope.

No arrests have been made at this time. Anyone having any information about this incident is asked to call the Hope Police Department at 870-777-3434 or Detective Lauterbach at 870-722-2576. 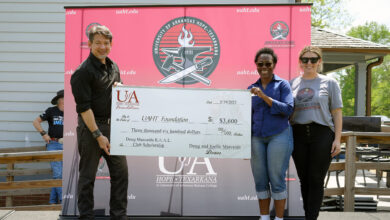