The Prescott City Council meet on Monday, August 17, covering several topics over the hour and a half session. Mayor Oliver opened the meeting and introduced the first person on the agenda. Mary Godwin, EDO Director spoke on storage buildings, concentrated effort to clean up potlatch facility. Stand alone buildings that are moveable, add no value to property ask Don Honea for value of buildings. Authorize the mayor to sell these buildings. Buyers wil have to pay to remove from the property. Motioned made and the council voted to approved the sale of the storage buildings.

Economic Development Director, Mary Godwin spoke to the Council about selling some stand-alone storage buildings located at the potlatch facility. Godwin stated that these buildings add no value to the property and are in good condition and moveable. Since they are in the process of making concentrated efforts to clean up that facility, Godwin asked the Council to authorize Mayor Oliver to sell these buildings. She informed that she had contacted Don Honea to appraise each building and he had provided the amounts he thought each one was worth. The Council reviewed photocopies along with the appraised prices of each building. A motion was made to approve and the council authorized the sale of the storage buildings to the public.

Godwin also discussed the 2020 Census, stating that the Census Bureau has changed the deadline from the end of October to September 30. Godwin said that Prescott is at 50.8%, which is low, and she is very concerned about an accurate count for Nevada County. They are currently working on different ways to inform citizens about the census to get the numbers up. She supplied each council member packets that include copies of all information asked on the forms and requested that if they know of anyone that hasn’t yet completed the census to have them fill out those copies and then return them to EDC so they may get online and submit the information for them.

Alex Smith with Harbor House, Inc spoke to the council about substance abuse in southwest Arkansas. He informed the council that substance abuse is real and happening in the area, but they are working diligently to counsel youth and get them the help they need. They are working on getting a database for resources on mental health prevention, education and health care, saying that they will do whatever is necessary to make sure this region is taken care of.

In February, the council voted to sell 2 parcels of land to Park Baptist Church for the total appraised value of $20,690. Brad Glass, representing Park Baptist, came before the council to present a counter-offer. He stated that they would like to purchase the land parcels to build a parking lot with hopes to build a new building within the next few years, but there are trees that need to be removed before they will be able to begin construction. The cost of removing the trees will be $7,500 and taking that into consideration, Glass presented 2 counteroffers to the council. The first proposal being that the church pays $13,190 to the City of Prescott for the land and the $7,500 to a contractor to remove the trees. Proposal two would be that the church pays the entire $20,690 to the City of Prescott, but the City be responsible for the full tree removal. After much discussion between the council members, it was decided that the council will stand with the original decision to sell the land to the church for $20,690 with no stipulations.

City Attorney, Glenn Vasser spoke on an ordinance for net metering rules that the City of Prescott will be using. Vasser explained that last year, legislature adopted an act mandating municipal facilities to allow net metering facilities to connect to their system, subject to various rules that would be adopted by ordinance. Vasser introduced Jason Carter, General Counsel for the Arkansas Municipal Power Association, who presented a stand-alone ordinance for entities demanding to be connected to municipal facilities in order to to produce electric through solar. The ordinance will allow the city to adopt net metering rules so they may regulate the net metering entities that construct solar power facilities. Carter explained the ordinance in detail and answered questions asked by the council to allow the council members to study the information before it is voted on next month.

Perry Nelson, the water & sewer superintendent updated the counsel on the sand and silt closing in on the intake pipe at the sandbars that he spoke to them about last month. Nelson stated that after the Council’s approval on the emergency repair project, they immediately got to work. He presented pictures of the progress and repairs made to the counsel, saying they were able to remove a large area of sand. He stated that the project was completed in a timely manner and it came together very well.

The Prescott City Council will next meet on September 21, 2020. 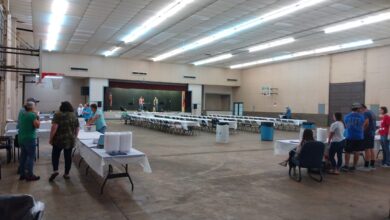 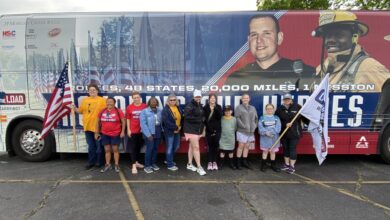 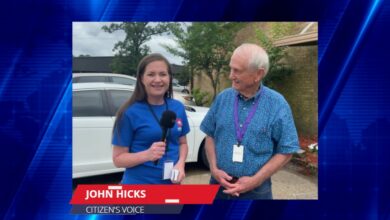 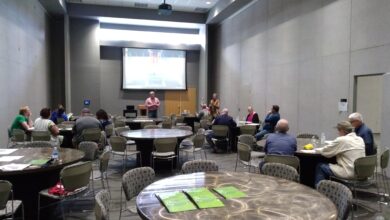