On February 1, 2021 at approximately 11:47 while patrolling the area of the 3500 block of Highway 278 West Deputy Kyle Malone observed a vehicle in with a passenger side tail light out, traveling approximately 12 MPH under the posted speed limit of 55 MPH.

Deputy Malone conducted a traffic stop on the vehicle a 2007 tan Buick Lucerne at the intersection of Highway 278 West and Hempstead 21.

Deputy Malone made contact with the driver of the vehicle later identified as Corey Haynes. Through investigation it was determined that Haynes did not have a license. and that the vehicle belonged to his sister and did not know where the insurance was. Deputy Malone was advised by dispatch that Haynes had a suspended driver’s license and that he had an active felony probation revocation with Hempstead County.

Haynes was transported to the Hempstead County Detention Center where Deputy Malone served the Probation Revocation warrant and issued a citation for driver while license suspended with a court date of 4/12/2021 at 0900 hours. 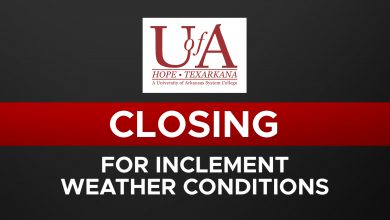