Ray Edward Noble was born on Monday, May 24, 1954 in Hope, Arkansas bringing nothing but excitement and happiness to the lives of his wonderful parents, Owen Thomas Noble Sr. and Hattie Lue Johnson-Noble. At a very early age, Ray Edward joined Lonoke Baptist Church under the leadership of Rev. White, one of the most respectable pastors during that time.

Ray Edward attended Yerger School and Hope High School where he was a straight A student. His first job was working for Howard Houston’s Furniture Store which he held for several years. Ray was also very talented. He was smart in the books and very musically inclined. As young boys, he and Edward “Demon” played in their first band for Mr. Jack Cannon. Ray always had a passion for music. He became the most popular Disc-Jockey in the four states area known as “Super Jock” and “Disco Ray.” He really knew how to get a crowd going.

On March 18, 1972 as a young man, he married Sandra Jean Burton and to the union three beautiful girls were born. After marriage Ray Edward joined the Army National Guard with an honorable discharge. He later served as Deputy Sheriff in Prescott, AR under Nevada County Sheriff J.D. “Doc” DeLaughter. Ray was also the spokesperson for Hope KXAR – 101.7 radio station. Not to mention pulling his crowd to the Ozan Club, where he was loved by everyone. When those days were over, Ray decided that he would become a painter. He beautified homes in Arkansas and California. And if you thought you could out cook or out bake him, “Well sorry” he was a real competitor!

Ray Edward passed away on Sunday, July 24, 2022 at the age of 68. He will be sadly missed but forever in our hearts.
Ray Edward was preceded in death by: his parents, Owen Sr. & Hattie Noble; oldest sister, Lauretha Nole; and 3 younger brothers, Eugene Noble, Elijah Johnson, and Tito Johnson.

***LIVE STREAMING HOMEGOING CELEBRATION***
Watch and show your support McFadden & Hitchye Funeral Enterprises or YouTube (https://www.youtube.com/channel/UCYivdhqz8YMnPq-QGJD8clw).
If we experience technical difficulties due to the rural area, the video will be posted at a later time. Feel free to give us a “Like” and “Subscribe” for notifications. Thanks! 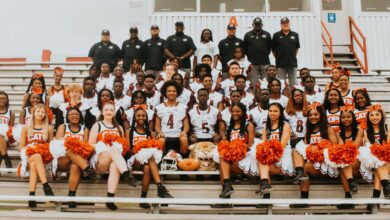