This article is one in a series of articles in observance of National Nurse’s Week. We will be posting profiles of local nurses each day.

On the first and third Thursdays of the month, starting at 5 p.m., the Martindale Charitable Christian Medical Clinic of Hope becomes a flurry of activity, treating up to 30 patients by 7 p.m. in exchange for an optional $5 donation.

MDs George Garrett, Dale Goins and Nurse Practitioner Joan McLean team with about 20 nurses and volunteers to serve patients who would not otherwise be treated, because of a lack of insurance or funds. The charity has been operating since 1998. In Sept. of 2012, it opened at its current 114 South Main Street location.

I spoke May 5 to Lorie LeJeune, longtime nurse volunteer with the clinic. She became an Licensed Practical Nurse in 1974 after being educated through New York state’s Board of Cooperative Educational Services. Then in 1981, she became a Registered Nurse, having done course and clinical work in Tyler, Texas.

Along the way and afterward, she has served in several capacities. When she lived in Arizona, her practice involved hips and knees. She has also worked in the emergency room and in intensive care. In Arkansas, she worked as a home health and hospice nurse, served with the state Department of Health and has even worked in residential care facilities after her retirement from DHS.

She has lived in or around Hope since 1984 and calls it “a great place to live,” having raised two kids here.

Asked about the changes she has seen in her profession, Lejeune mentioned apparel: “When I first started nursing, we had to wear caps, and all and white shoes and dresses and oh my god, I can’t imagine being a nurse in that anymore. And it wasn’t long after I became a nurse that they stopped.”

She has also seen great changes in what medicine can do, particularly with regard to cancers. “They used to say, you know, if you got cancer, you’re going to die. And then there were certain cancers, like if you got brain cancer, you’re dead. All these cancers are no longer fatal. They’ve learned how to treat it,” LeJeune said.

Nursing shortages, she said, have existed in some form throughout her career. She spoke of a time in her life when she moved from city to city and could look at a newspaper and choose from at least ten want-ads. “That’s what it’s been like.  Sometimes it gets worse. Sometimes it gets better,” she said. But noted that the shortage today could be attributed to COVID.

LeJeune does her part to fill the gaps in her community’s needs, both with her service at MCCMC, at the Our Lady of Good Hope Catholic Church Food Distribution Center and as a twice-a-month driver of a bus from Hope to Little Rock and North Little Rock for the Veterans Administration.

She says volunteers are at a premium right now. Those with medical skills and without are welcome to lend their efforts to MCMC. Those who speak fluent Spanish can be interpreters. People who do office work can help in administration.

LeJeune herself looks back proudly on 48 years of service. “There’s times that I’ve thought, I’m not sure I want to be a nurse. But what would you be, Lorie? There’s nothing that can reward me as much as this has done. It’s given me a great sense of accomplishment throughout my life, it really has,” she said. 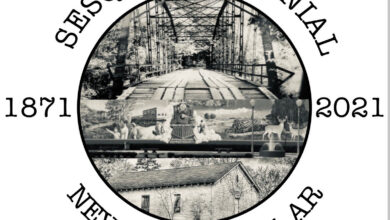