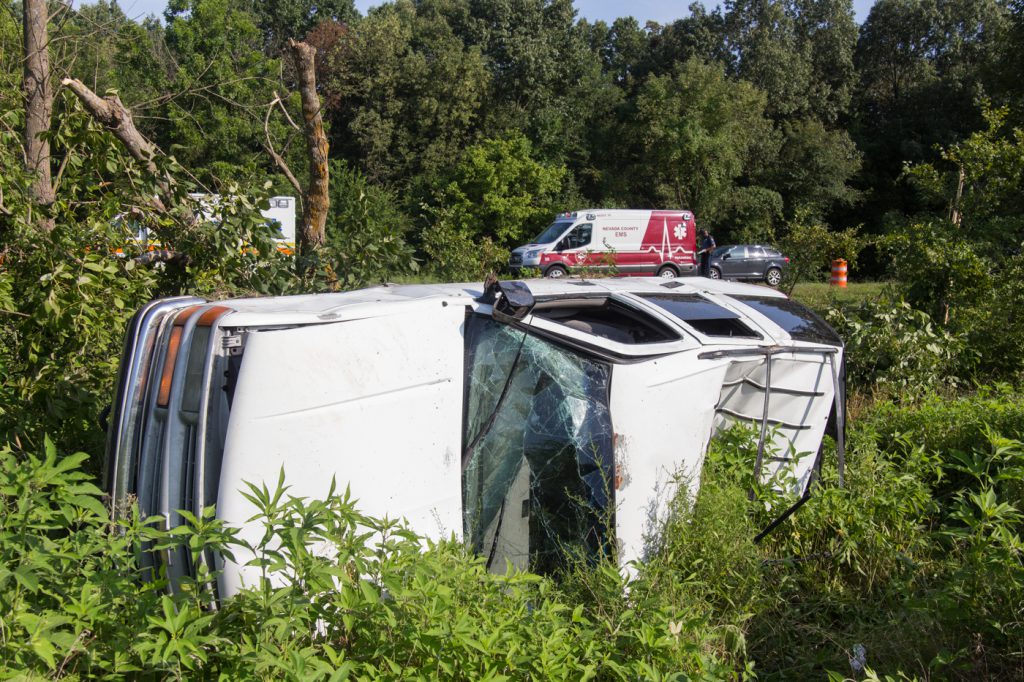 Several members of a Michigan family who have been staying in Okolona were injured and at least one reportedly ejected in a roll over crash on I-30 East Saturday evening after, one witness said, their vehicle suddenly swerved across traffic and crashed into the median around the 37 mile marker.

According to the male driver, the family members were traveling back to Okolona after going to Hope to do some shopping. The driver had trouble recalling what happened leading up to the crash. He said he just remembered not having control of the Chevrolet Suburban which he and the other members of his family, including one infant, were traveling in when they left the roadway in a skid and and began to roll before crashing into a tree. At least one of the occupants, a female, reportedly was ejected. A Texas couple traveling through the area said that they were behind the Suburban in traffic and noticed it suddenly move from the outside lane, across the inside lane traffic and go into the tall weeds in the median. The Suburban overturned  and struck two small trees, causing heavy damage to the roof and rear driver-side door. No other vehicles were involved.

Arkansas State Police, Hempstead County Deputies, Arkansas DOT Highway Police, Perrytown First Responders and a crew from Pafford EMS were initially dispatched to the crash, which was just west of the 37 mile marker. A second crew from Pafford responded after the first arrived on scene and did initial assessment. A crew  from Nevada County Ambulance Service also responded.

The driver appeared shaken up but no obvious injuries and the infant was uninjured but three other occupants were transported to Christus St. Michael in Texarkana. One Pafford crew and the Nevada County crew transported their patients by ground but one of the patients was transported to the Industrial Park in Prescott to meet a LifeNet helicopter which took the most serious injured passenger by air.

The driver and other occupants who were not transported to the hospital were released from the scene and picked up by family before going to St. Michael to check on the condition of their injured relatives.