FAYETTEVILLE –  Though not vanishing so fast as the March 11-12 days cancelling the 2020 championships and competition  in all NCAA spring semester sports, it seems the NCAA’s fall semester sports slate may soon  be erased.

That tourney  was supposed to conclude with the Sunday, March 15 SEC Tournament Championship game leading into the next week’s never-played NCAA Tournament.

The COVID-19 resurgence, if resurgence is indeed the correct term since the virus seldom entirely abated anywhere in the U.S., looms more likely dooming football and all collegiate fall semester sports from competing this autumn.

SEC athletic directors met  Monday in Birmingham, Ala. knowing last week that  the  Ivy League entirely abandoned its 2020 fall semester sports schedule.  Far  closer to the SEC’s economic home, two of its fellow Power Five conferences, the Big Ten and the Pac 12, have cancelled their nonconference events for the fall semester and intend playing only competition within the conference.

“It is clear that current circumstances related to COVID-19 must improve and we will continue to closely monitor developments around the virus on a daily basis,” SEC Commissioner Greg Sankey said post Monday’s meeting in Birmingham.  “In the coming weeks we will continue to meet regularly with campus leaders via videoconferences and gather relevant information while guided by medical advisors. We believe that late July will provide the best clarity for making the important decisions ahead of us.”

The conference only competition seems a last, and likely forlorn hope, much like the March 11 crumbling from proposing finishing conference basketball tournaments without fans to scrapping the NCAA Tournament bonanza before it could tip off.

Arkansas and Vanderbilt went into their first-round SEC Tournament game told hours before tipping off at Bridgestone Arena in Nashville, Tenn. that Wednesday’s winner would advance to a tournament resuming Thursday playing in front of no fans.

By the March 12 Thursday, the Razorbacks were headed home with the tournament canceled while  the Razorbacks SEC  Men’s and Women’s SEC  Indoor Track champions  teams were called off the practice track and  sent home from the cancelled NCAA Indoor Championships that were to be conducted March 13-14 in Albuquerque, N.M.

Their outdoor track seasons were canceled, too, as were all the spring sports and the spring  practices for football and other sports working out through their offseason.

From resistance to wearing the masks that health organizations assert would help protect each other from the virus’ contagion to a failure to recognize that too many states too fully reopened for business too soon has massively reproduced the virus.

Especially in many of the SEC’s 11 states, including Arkansas setting recent daily records for cases recorded while Florida is deemed the current worldwide epicenter with Texas, South Carolina, Alabama, Mississippi, Georgia and Louisiana, all uncomfortably in the too contagious running.

The notion that summer heat would diminish the virus seems a myth given its ongoing spike throughout the south and Arizona desert in the Southwest.

It and other hopes dashed caused a pessimistic assessment from SEC Commissioner Sankey during an ESPN interview last Saturday.

“We put a medical advisory group together in early April with the question, ‘What do we have to do to get back to activity?” Sankey said. “They’ve been a big part of the conversation.  But the direct reality is not good and the notion that we’ve politicized medical guidance of distancing, and breathing masks, and hand sanitization, ventilation of being outside, being careful where you are in buildings. We are running out of time to correct and get things right. As a society we owe it to each other to be as healthy as we can be.”

Later that weekend on Twitter, Sankey posted:  “I want to provide the opportunity for college athletics to be part of the fall, but we need to all consider our behavior to make possible what right now appears very difficult. “The direct reality is not good…”

That reality indefinitely postponed the SEC Football Media Days that were to start Monday in Atlanta.

It’s a reality looming even as Coach Sam Pittman’s Razorbacks and all SEC football teams can increase the allowed weightlifting and conditioning activities to July 24 having footballs on the ground walkthroughs leading into the August start of preseason practice. 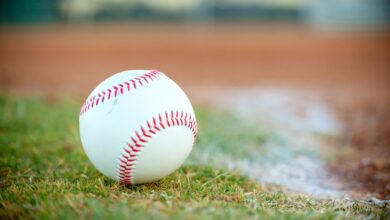