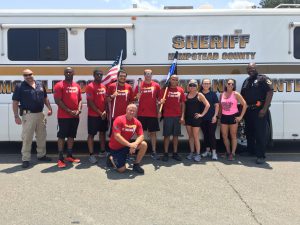 ROC athletes along with local, state law enforcement and members of the Melonvine Striders running club of Hope grouped in front of the ROC Administration complex Monday for a brief break in the Law Enforcement Torch run for Special Olympics.

Members of the group shuttled the torch from Fulton to Hope and handed it off to the new set of runners who were taking the torch on to Prescott on its way to Searcy, the site of the State Special Olympic games. 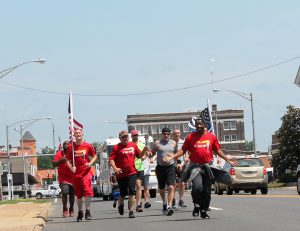 The games will begin Thursday, May 23 and conclude on Saturday, May 25. The mission of the Torch Run is to increase awareness and raise funds for Special Olympics. 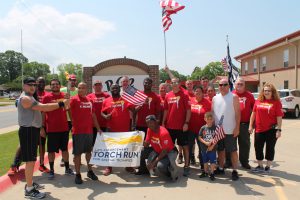 Special thanks go to the Hope Police Dept., Hempstead County Sheriff’s Dept., Arkansas Game & Fish, Pafford EMS, Melonvine Striders and Prescott running clubs for making everything possible and a special thanks to Sheriff James Singleton for chauffeuring participants and staff in the Mobile Command Center.