The Spring Hill Bears hope to make a big statement tonight as it hosts last year’s Arkansas eight-Man championship runner up Mountain Pine Red Devils against whom the Bears (6-0) lost 62-58 in 2021’s ultimate game that got away that started a three-game losing streak.

Mountain Pine went on to play the undefeated Strong Bulldogs in the Championship game December 2, losing 66-60.

Spring Hill Coach Greg Smith, minutes after his team beat Dermott last week was already talking about the challenge and the magnitude of tonight’s game: “Mountain Pine, the last two years they’ve been in the state championship. So they’ve done a lot. We have yet to beat their senior class. They beat us in the finals here two years ago. Last year, they got beaten in the finals. So that’s a strong program. We’ve got an amount of respect for them, and the way that they play the game. But it’s here. We’re proud it’s here.”

Spring Hill hopes to parlay its so-far unstoppable ground attack from running back T.J. Tipton and a bruising offensive line into a victory against a Red-Devils defense that features a linebacker in Isaiah Miles who had 63 tackles last year. It hopes to continue its well-timed passing play, too, with Levin McGuire throwing long to a variety of receivers against the ballhawking Miles, who had eight interceptions last year.

Smith said sustaining the Bears offensive momentum has been a priority in this week’s practices. “Offensively we have focused on our jobs and what we can do to get better this week,” he said. “We are not a playoff team at this point and nobody is, but we know we must continue to use our skills as our strengths on offense and defense.  Offensive execution is the key to being successful this week.”

Stopping the Red-Devils’ Miles as an offensive player is also key, if it can be done. He was all-state at running back, as was his all-state backfield partner Keelan Dobbins. Miles now leads the team in all purpose yards because of his receiving, while Dobbins takes the majority of the carries and running yards. Both were credited by Hooten’s Arkansas Football with 4.7 second times in the 40 meter dash.

The Red-Devils’ junior quarterback Jonah Wilburn, meanwhile, was all-league, with a 59 percent completion rate, 19 touchdowns and three interceptions last year. Smith said, “Defensively we know we must play hard and be disciplined in what we do.”

So far this season Spring Hill’s defensive has excelled at stopping the run and picking off passing plays. It has also enjoyed a comfortable turnover margin.

With its 30 players, 13 of whom are seniors most of whom have started for three years, Smith said Mountain Pine comes near being the ideal eight-man football team: “That is a very experienced team that is highly talented also.  All of these characteristics are what every coach wants for his teams, they are predictors of success.”

Smith hopes fans will come out well before kickoff tonight to give the Bears the push they’ll need. “This game features two good teams, some say the two best in our league.  We expect our fans to show up and show that BEAR PRIDE and be that ninth man on the field that makes our home field a big advantage.  We feel it will be an electric environment, starting with the tailgate provided by Diamond Bank at 4:00 p.m.  Hope to see you all out there supporting the Bears!” he said.

Kickoff is tonight at Spring Hill Stadium at 7:00 p.m. 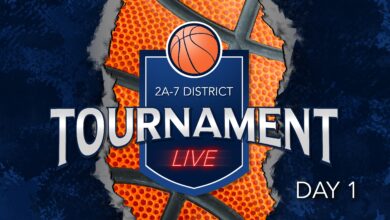