Schedules have been established for the remainder of the basketball season and for spring seasons in baseball, soccer, softball and track, Turner said.

“Makeup junior basketball games will be this Saturday, January 30, at Hope, starting at 10 a.m.,” he said. “Tickets for the Feb. 4 junior high away game at Hot Springs are also available online through the Hot Springs athletics department.”

A link to the site is available at  hotspringstrojans.ticketleap.com/hsjhbb-hot-springs-vs-hope/ online. No password is required, Turner said.

“Junior high district tournament play will be Feb. 10, 11, and 13,” he said. “The lower seeded teams will have to travel to the higher seeded team’s arena.”

Details on ticket purchases will be announced, Turner said.

Otherwise, the remainder of the HHS and junior team basketball schedules will not change from announced dates and venues, Turner said.

The baseball season jumps directly into conference play March 9 against Mena at Hope Fair Park at 5 p.m. All conference games will be played at 5 p.m.

The Bobcat varsity and JV work their way through the conference twice in the regular season, which will conclude April 30 at home against Malvern, and will be Senior Night, as well.

Bobcat varsity boys’ and girls’ soccer opens March 2 against Lake Hamilton at Hammons Stadium in Hope. All varsity soccer matches will begin at 5 p.m. and the regular season closes April 27 away against DeQueen.

Hope High School Ladycat Softball opens at home against Taylor in Ladycat Yard at Hope Fair Park on March 1 for both varsity and junior varsity beginning at 4:30 p.m.

The Ladycat varsity travels to Ashdown March 5-6 for the annual Ashdown tournament before opening conference play that alternates with non-conference games through the bulk of the season. The Ladycats take on Mena on March 9 at Mena in conference play at 4:30 p.m.

HHS Bobcat and Yerger Middle School track seasons open March 4 and 8, respectively, with the senior cindermen at the Hog Relays at Arkansas High in Texarkana. All regular season track meets begin at 3:30 p.m.

The Bobcat senior squad will compete at Prescott, DeQueen, Nashville and Ashdown prior to the District 7-4A Track Meet at Nashville on April 27 at noon. Nashville will also host the State 4A Track Meet May 4 at a time to be announced.

The YMS 7-8 boys and girls get underway March 8 with the boys at Prescott and the girls at Arkansas High. All regular season meets begin at 3:30 p.m.

Both squads will compete in junior relays at DeQueen, Prescott, Nashville and Ashdown. The District 5A-South Track Meet is set for April 22 in El Dorado at 1 p.m.

Turner also noted that all Hope Public Schools athletics events will be conducted in accordance with Arkansas Department of Health and CDC guidelines for COVID-19 prevention. Happy Thanksgiving From All of Us at SWARK.Today 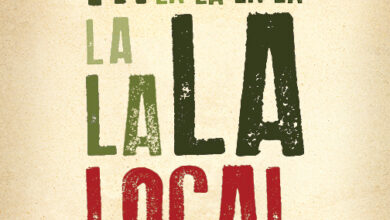