Susie “Sue” Kinkade Delaney-Dick passed away peacefully surrounded by family and friends on April 25, 2019 at Hospice of Texarkana. Born in Trenton, Tennesse on January 31, 1935 to the late Daniel and Bessie Kinkade. The first of five children, at the age of 15 she was united in marriage to the late Billy Hugh Delaney, a love that lasted 37 seven years. To them was born one daughter Brenda Miller of Prescott, AR and one son Billy Ray DeLaney of Hope, AR. She leaves sweet memories to all of us, she loved life and people. She never stopped unless she was sick and she never got old. Her daughter called her a teannie bopper, she loved to dance, she loved to sing, and loved music of all kinds. Most of all she loved her family and friends. Sue was very outgoing and loved to be outside camping, fishing, working in her flower beds and vegetable garden. She always said a day in the yard was a day in paradise. Sue saw beauty everywhere she looked. She loved to travel and entertain family and friends in her home. Sue retired from the Hope Public School District as Food Service Director in June of 1993, a job she held for 27 years. She was certified in food management at the University of Arkansas at Fayetteville, she was a member of the Arkansas School Food Service Association, The American School Food Service and a past member of the Business and Professional Women Club. She was a past president of the Arkansas Food Service Association and served on the Executive Board as public relations and information officer, Chairman of the bylaws, four years as Editor and Chief of the Lunch O’gram and the Program Ad Book for the State of Arkansas. Sue was dedicated to her work and her community. She was the first in the state to offer a breakfast program. She was featured in Who’s Who in School Officials and Who’s Who in Notable Americans, in 1974 she was honored by the Hope School District, Superintendent, and the school board for her dedication and loyalty to the school, community, and the state. In 1976 she again was giving the Living Roses Award, for her service to the community, school district, and civic clubs she was honored by the radio station as Citizen of the Week, awarded honorary membership in the Future Homemakers of America and other numerous awards during her time in the Hope School District.

She lobbied in Washington D.C on several occasions for the school breakfast and lunch programs. She was a hostess and a delegate in two National Food Service Conventions. She was recognized and featured in the national news for the work she had done with the Hope breakfast and lunch program, she was called by many as Wonder Woman because of her work with the national lunch and breakfast programs. 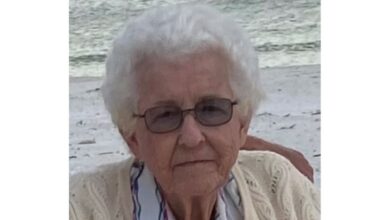