Swark.today was described in an introduction by one of the Pafford Medical Services owners, Jamie Pafford-Gresham. “They are no doubt committed to the betterment of our community, and they prove it on a daily basis,” she said. Acknowledging the business’ crew was small, Pafford-Grisham said, it is “a mighty staff.”

“Their leadership,” continued Pafford-Gresham, “is allowed to be 100 percent local, and it makes a difference. They are structured to continue to grow. They’re a giver, and they’re always ready to help.

“The last two years were easier, because they were involved in our community, somewhat due to their diligence to make sure actions were taken to keep the community well-connected. I think their team is among the most creative groups that I’ve been around. They’re hard-working. Our community would not have gotten through the pandemic without them consistently finding ways to make sure we knew what was going on.,” Pafford-Gresham said.

She then began to read from the company’s mission statement. “I have no doubt that 75 percent of the people have clicked on their site to see what is going on in Hope and Hempstead County.”

In his acceptance speech, Swark.today owner Jim Hawley thanked the Chamber on behalf of the leadership team and staff. “Thank you. It’s truly a blessing and honor. He thanked the site’s advertisers and its staff, full-time and part-time.

Bren Yocom, the site’s general manager at first said she was speechless but said “It’s very humbling standing here before all of you businesses that are models of service in our community. It’s a real privilege to live and work for Hempstead County. We love being able to spotlight businesses . . . and we hope to continue that for many years.”

Owner Mark Ross briefly told the story of the site’s founding: “When Jim moved back to Hope, we wanted to do something. This was supposed to be just a hobby, to do the local football games. Hope Star had gone out of business. At that time we hired Bren and we decided to go further with it. If it were not for the community, it would not be here, so thank you.” 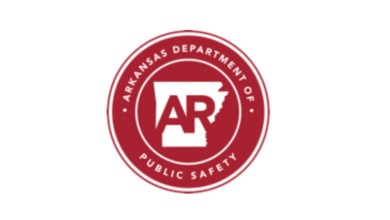