Courtesy: State Senator Larry Teague
LITTLE ROCK – The legislature advanced a series of tax cuts, including the signature bill of this year’s session, to lower personal income taxes by about $97 million a year.
The Senate passed SB 211 to reduce income taxes for individuals in the middle and upper brackets of the tax tables.
The top marginal rate would drop from 6.9 percent to 5.9 percent over two years, and other rates would also go down in other brackets. In all, about 579,000 Arkansas taxpayers would benefit from the lower rates in SB 211.
After its approval by the Senate, the bill now goes to the House of Representatives.
The House passed HB 1321 to increase the homestead property tax credit from $350 to $375. The credits are paid each year on about 700,000 parcels of land.
According to revenue officials who spoke on the bill in committee, the fund from which the credits are paid is financially sound. The last time the credit was raised was in 2007, when the legislature passed Act 142 to raise it from $300 to $350.
The Senate approved SB 196 to provide tax incentives to businesses that invest in “Opportunity Zones,” which are designated to be in economic distress based on results of the U.S. Census. It now goes to the House.
There are 85 opportunity zones in Arkansas, and if a business moves in and stays for 10 years without re-locating, it will not have to pay taxes on any capital gains.
A bipartisan coalition of legislative leaders from both the Senate and the House presented a package of six ethics bills they will support. The coalition includes the President Pro Tem of the Senate, Speaker of the House, the Senate Majority Leader and the Senate Minority Leader.
SB 249 would increase the maximum fines that the state Ethics Commission could impose for violations of ethics laws, from $2,000 to $3,500.
SB 256 would prohibit any state elected official from registering as a lobbyist in any jurisdiction.
SB 258 would increase the penalties for candidates found guilty of spending campaign funds for their personal use. If the amount of misspent campaign money is more than $2,500 the offense would be a felony.
SB 259 would prevent constitutional officers and lawmakers from forming more than one political action committee. The bill would include judges and members of the citizens commission that sets legislative salaries.
SB 260 would prohibit political action committees from making contributions to other political action committees.
SB 238 would prohibit an elected official from collecting retirement benefits if they are convicted of a felony arising out of their official actions.
A subcommittee of the Joint Budget Committee approved a proposal to increase the budget of the Ethics Commission so that it can hire two more employees, thus increasing its enforcement capabilities. It has nine employees now.
The Senate also approved SB 152 to make broad changes in how juvenile offenders are sentenced. It would require juvenile judges statewide to use the same risk assessment model. It would not allow judges to sentence juveniles to a lock-up for minor offenses unless they made a specific determination that the juvenile was a high or moderate risk. 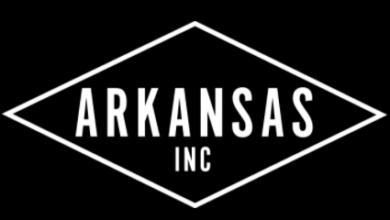