HOPE – Nine students in the EAST program at the Hope Academy of Public Service have undertaken a “sticky” project that will make a 3D impression upon HAPS… the purchase of a new 3D printer.

“The students wanted to obtain a new 3D printer as our five-year old Ultimaker 3D Printer bit the dust,” EAST program facilitator Jacqueline Brady said. “It would cost more to replace the parts than it would to purchase a new printer.”

The decal stickers will be sold by Team Printer through Nov. 19 and may be ordered for $5 each. Orders will be taken by team members during the school day at the EAST classroom, call 870-722-2700 ext. 411, through the HapsEAST Facebook page, or by using the order form provided below.

Three-dimensional printers are essentially what the name means; they are capable of producing hard plastic objects in three dimensions by building layers of material from a pre-programmed design. While the device is usable for making novelty items such as keychain holders, it is also important in producing parts for other projects such as the robotics program.

Brady said the students researched costs and printer models in order to determine a project goal.

“The students will master the new 3D printer and then teach the skills it takes to operate it to the other students,” she said. 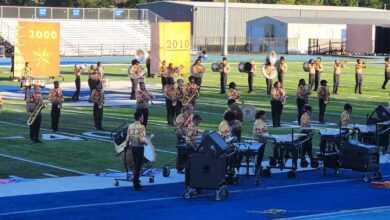