By Rick Kennedy, managing editor
It took some 30 minutes to get a legal quorum for business, but once all the people were in place, the Hope Tourism Commission approved its 2019 operating budget on Thursday afternoon by a unanimous vote.
Previously, on Tuesday night, the Commission’s designated budget committee had met for nearly two hours preparing the budget, which was the second of back-to-back meetings Mayor Steve Montgomery and Don Still.
Paul Henley, who in addition to running Hope’s Parks & Recreation, has been Hope’s longtime staff tourism director, said “We have a budget that is a little over a half-a-million (or $500,000) with the majority coming from the ‘Hamburger Tax.'”
For 2019, Henley said the Tourism Commission budgeted $70,000 for the downtown Pavilion, and he previously said “We will continue spending money in promotion of the major events, like Train Day and the Watermelon Festival, for the benefit of tourism in Hope.”
On Thursday, Henley said that the Commission needed to approve its 2019 operating budget by February 1, so that is why the group patiently waited Thursday afternoon for additional members to get the needed quorum.
In other Tourism Commission news, the group also nominated and approved its leadership for 2019, and basically brought back the same people, so Sharon Caldwell, the co-owner of Tailgaters, will serve again as the Tourism Commission Chair. Vice-Chair will again be Juan Rivera. The rest of the Commission for 2019 includes Trevor Coffee, Babu Patel, Milko Smith as well as Montgomery and Still.

Senator Boozman: Grading the First Year of the Biden Administration 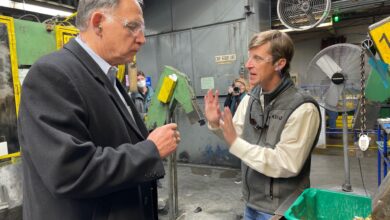