According to the Arkansas State Police, an explosion of a truck carrying ammonium nitrate on Highway 278 Wednesday morning resulted in the death of one man, the closure of the highway and the evacuation of local residents in Ouachita County.

The explosion occurred shortly after 6:40 a.m. According to the State Police, local fire departments were dispatched at about 6:40 a.m. to Highway 278 near the intersection with Highway 57, west of Camden and east of the Ouachita/Nevada County line. The initial call was for a commercial truck with its brakes on fire. The call reported that the driver was attempting to extinguish the fire.

Firefighters first on scene reportedly began evacuating residents in the area and saw the driver return to the truck just before it exploded. The explosion resulted in the driver’s death and injuries to three firefighters.

The Arkansas Department of Transportation advised that Highway 278 will remain closed in the area until further notice due to a 15 foot deep crater caused by the explosion which extends all the way across the highway.

The State Police sent remains recovered from the site to the Arkansas State Crime Lab for positive identification but suspect that the victim was Randall McDougal, 63, of El Dorado.

The State Police said McDougal was employed by Blann Trucking Company of Hampton, which owned the truck that exploded. McDougal was reportedly transporting the ammonium nitrate from El Dorado to Texarkana. 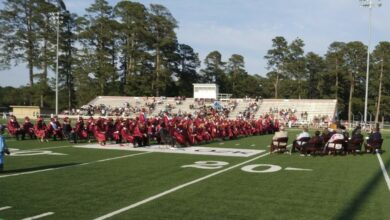