Two teens were injured in a high-speed motorcycle crash early Friday morning after the the 17-year-old male who was operating the bike lost control while apparently trying to evade the police.

The Hope Police Department received a call a little before 1 a.m. complaining of someone on a sport bike driving fast  through a residential area repeatedly. Officers responded to the area to investigate. Around 1 a.m., officers traveling south on S. Edgewood St. near the intersection with Henry C. Yerger St. met a blue 600cc Suzuki sport bike with a male operator and female passenger which was traveling north on Edgewood. When officers turned to attempt to make contact, the motorcycle reportedly accelerated away at a high rate of speed, failing to slow down at the stop sign at the intersection at Henry C. Yerger. Officers fell back and ceased pursuit due the speed of the motorcycle but immediately witnessed the bike leave the road north of 7th St. at a high rate of speed, throwing the two teenagers who were riding it. The bike traveled approximately 150 feet before coming to a stop. The male who was operating the bike came to a stop short of where the bike came to rest on the east side of the road. The female juvenile passenger was thrown about 30 feet further than the bike and narrowly missed hitting a light pole and coming to a stop on the east side of Edgewood at the intersection of Haywood St.

Officers called immediately for EMS and rushed to assist the two teens. Two Pafford EMS crews responded and requested two helicopters on standby. The teens were both injured but responsive to officers and medics. The teens were secured and put in separate ambulances. Both teens’ parents were contacted and came to the scene before the juveniles were transported by ground to Texarkana hospitals due to unavailability of timely helicopter response. The male juvenile was transported to Wadley Regional Medical Center in Texarkana and the female juvenile was transported to Christus Saint Michael.

The teens identities are being withheld due to being minors. There is no information available as to if the male juvenile will be charged. 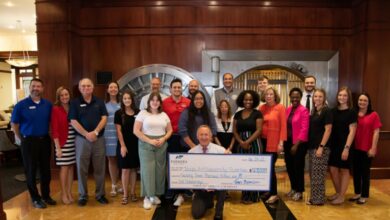