Failure to yield at a stop sign by one driver sent the other driver to the hospital Tuesday afternoon in a two-vehicle crash on Highway 67 West.

According to law enforcement, Hannah Hamilton, of Texarkana, was driving her Nissan Versa west on Highway 67 at the intersection with Melrose Lane at about 1:50 p.m. on Tuesday, December 18 when a Chevrolet Silverado, driven by Barbara Walker of Washington, reportedly crossed the highway from 16th Street on the south of the intersection. Walker’s truck struck Hamilton’s Versa in the side, sending if off the north side of the highway where it slid to a stop, missing a concrete culvert by a few feet. Walker’s truck continued across the highway, coming to a stop on Melrose Lane.

Hempstead County Deputies, Arkansas State Police and Pafford EMS responded to the crash. Deputies directed traffic and assisted the State Trooper in gathering information for his investigation while staff from Pafford checked on the two drivers.

Hamilton was able to walk to the ambulance and was transported to Wadley Regional Medical Center in Hope. Walker declined medical treatment. No other individuals were involved. 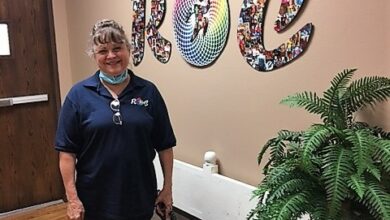