Boys State and Boys Nation are public service/civics residential activities of the American Legion Americanism Program conducted nationwide each year. Participants must qualify based upon application, academics and recommendation in order to attend.

Ware ran for governor over a three-day campaign that included a series of three speeches and a debate.

“I based my campaign and many of my speeches around unity, solidarity, and education reform,” Ware said. “The Federalist Party rallied around me in order to elect me as the party nominee and promote those ideas.”

The debate capped the intense campaign, he said.

“The debate consisted of six questions ranging in topic from infrastructure reform to whether transgender athletes should participate in high school athletics,” Ware said. “Overall, I very much enjoyed campaigning. Having people rally around a common cause was a wonderful experience and I am proud to be the 2022 Boys State Governor.”

Ware was also elected as one of two Boys Nation senators from Arkansas.

“Boys Nation is an annual civic forum held in Washington, D.C.,” he said. “At the event, I along with 97 other Boys Nation senators will create our own bills, learn more about government, and more about politics. I will meet many legislators and even the President.”

“I have no doubt that Richard will follow in their footsteps and will represent Hope High School and our community well,” Dr. Hart said.

Hope native and HHS alumnus Thomas F. “Mack” McLarty, III, chief of staff during the Clinton Administration, was elected Arkansas Boys State Governor in 1963 and he recalled the experience.

“I was delighted when I heard the news of Richard’s election, and it made me feel proud not only for him but also for Hope High School and the city of Hope, and the good people of Hempstead County,” McLarty said. “It was my privilege to serve as Arkansas Boys State Governor in 1963 and I still have a sense of gratitude, and so many warm and fond memories about my time at Boys State.

“It’s great that Richard is going to participate in Boys Nation, as well,” he added. “As you will recall, Bill Clinton was elected as one of the two delegates to Boys Nation during the same year that I was elected governor. Both experiences helped shape our lives in a significant and positive manner.”

“Richard will have an important and broadening experience when he represents Arkansas at Boys Nation,” he said. “I’m sure he will do so in an outstanding manner; it makes me very proud to have a student from Hope High School waving the Hope and Arkansas flag on the national scene.”

Former Arkansas Governor Mike Huckabee, who served as Arkansas Boys State Governor in 1972, said the experience was “life-changing” for him.

“I’m so proud of Richard Ware of Hope High for becoming the 2021 Governor of Arkansas Boys State,” Huckabee said. “My own experience in that role was life-changing and set me on a course that would ultimately lead to the actual Governor’s Office 25 years later.”

“Whether or not Richard will one day dive into the political arena, his having been selected by his peers from around the state is indicative that his leadership skills are evident to those around him,” Huckabee said. “The people of Hope should be proud of Richard and grateful to the American Legion whose sponsorship of Boys State continues a great tradition of instilling love of God and country into young leaders.”

Ware has also been selected to participate this summer in the “instrumental music” component of Arkansas Governor’s School.

Ware is a senior student at Hope High School and in the concurrent credit program at the University of Arkansas – Hope. He is the son of Adrienne Ware and Eric Ware.

He is an active, award-winning member of the HHS Band, having been seated in the 2019-2020 Arkansas School Band and Orchestra Association Region 2 Jazz Band. He is also a member of the HHS golf team and Bobcat baseball team.

Ware served as a panelist in February for the Hope Public Schools Black History Month video discussion “Perspectives on a Sound: Black Music in Hope and Southwest Arkansas.” 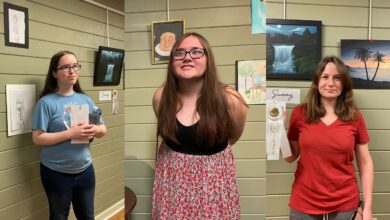