The Hope Watermelon Festival 5K run and walk took place this morning under cloudless skies and mild temperatures that stayed under 76. Runners took off at 7:30 from the South Mockingbird and Park Drive intersection and went northward to start a trapezoidal route that eventually led back around to the same intersection for the finish line.

Lists of finishers were posted in the lot southeast of the starting and finishing point. The top 10 follows with each contestant’s town, age and gender courtesy of Mac’s Race Timing Service.

The top finishers among women were:

Among the walkers, here is the top 10:

In team play, the boys’ DeQueen Team was the overall winner.  Among girls, the Lakeside Team placed first.

Other information, about rankings within age groups can be found here.

After the race, runners and walkers inspeced the results as they were posted and stood in line to collect the watermelon that was theirs for participating. 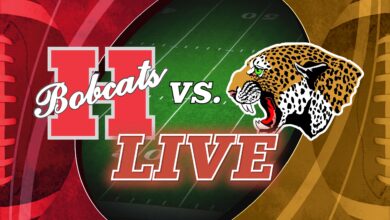