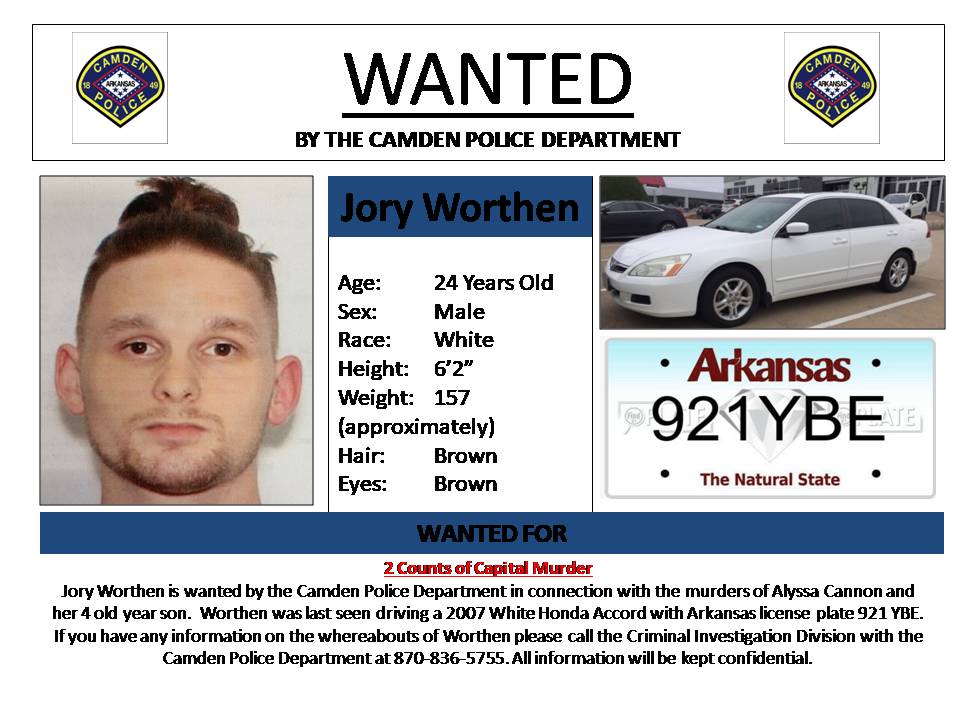 The Camden Police Department is seeking the public’s help in locating a suspect in the murder of a young woman and her four-year-old son.

Camden PD asks that the public take caution if they see Jory Worthen, 24, who is assumed to be armed and dangerous, and call 911 immediately. Worthen is wanted for the murders of 20-year-old  Alyssa Cannon and her 4-year-old son Braydon.

Alyssa and Braydon were reportedly found dead around 12:45 p.m. on Tuesday, June 25 at their home at 1338 Ronald Drive. The two had been reported as missing since the weekend.

The Camden PD asks that if you have any information about his location, call 870-836-5755. Callers are promised that all information will be kept confidential.

Again, Worthen is wanted for two counts of capital murder and is considered armed and dangerous. If you see him, call 911 immediately and do not approach.